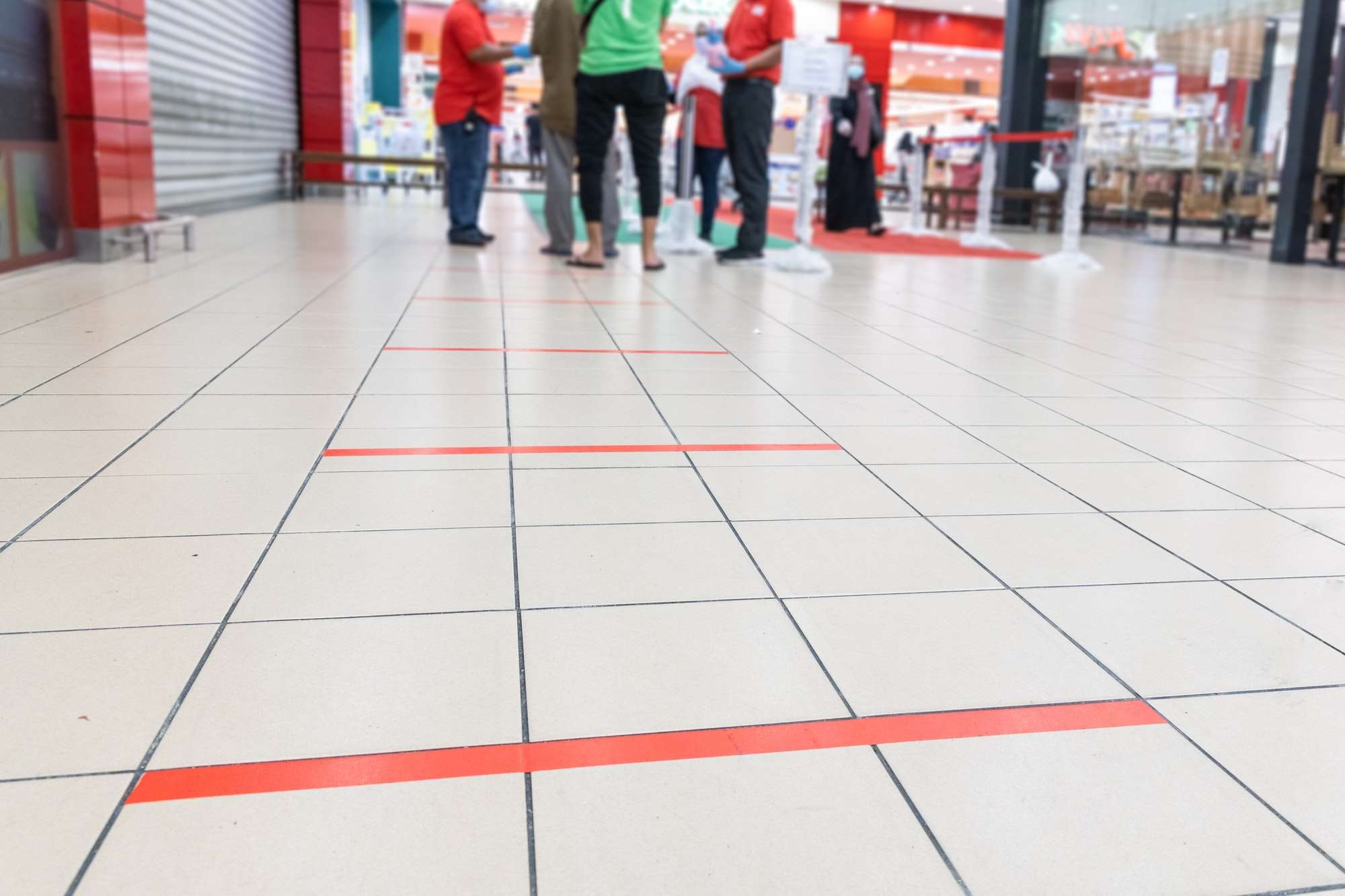 From 1‌‌ July 2020, the Coronavirus Job Retention Scheme is changing.

Employers will be able to bring previously furloughed employees back to work part time and decide the hours and shift patterns they work to suit the needs of their business. From 1‌‌ August, employers will be asked to contribute towards wage costs.

Coronavirus (COVID-19) Statutory Sick Pay Rebate Scheme: This webinar will take you through the latest on who can claim, who you can claim for, how to make a claim, what you may be entitled to, and more.

Coronavirus (COVID-19) – Self-Employment Income Support Scheme (SEISS): This webinar will take you through the aim of the scheme, who can apply, how much may be claimed, applying for the scheme, what happens after applications are made, and other support available.

This is a reminder that you can start to flexibly furlough eligible employees from 1‌‌‌ ‌July onwards.

From 1‌‌‌ ‌July, you can claim a more flexible grant for any employee you have previously received a CJRS grant for, and who now returns to work on reduced hours. You can also continue to claim for employees who stay fully furloughed.

You can find guidance on eligibility and how to claim for flexibly furloughed employees by searching for ‘Coronavirus Job Retention Scheme’ on GOV‌‌‌.UK.

What You Need To Do Next

Live webinars offering more support on changes to the scheme and how they impact you are available to book online – go to GOV‌.UK and search ‘help and support if your business is affected by coronavirus’.

Please don’t call HMRC for more information. All details are on GOV‌‌‌.UK and our webinars.

What To Do If You Have Overclaimed

If this applies to you, then all you need to do is tell HMRC when you next claim so you can pay it back. You will be asked when making your claim whether you need to adjust the amount to take account of a previous error. Your new claim amount will be reduced to reflect this. You do not need to take any other action but should keep a record of this adjustment for six years.

If you have made an error in a previous claim but do not plan to submit further claims, you need to contact HMRC to let them know, so that HMRC can tell you how to repay the money.

Claiming For 100 Or More Employees?

Please use HMRC new template to claim for periods starting on or after 1‌‌‌ ‌July to ensure your claim is processed quickly and successfully.

You can find this template by searching ‘download a template if you’re claiming for 100 or more employees through the Coronavirus Job Retention Scheme’ on GOV.UK.

If you think you may struggle to pay your PAYE tax and/or NICs from August, please contact HMRC as soon as possible, before they start action to recover the unpaid debt. They may be able to give you time to pay.

You can find this guidance by searching for ‘Coronavirus Job Retention Scheme’ on GOV‌‌.UK.

What The New Online Guidance Covers

Webinars offering more support on changes to the scheme and how they impact you are now available to book online – go to GOV‌‌‌.UK and search ‘help and support if your business is affected by coronavirus’.

What You Need To Do Now

What You Need To Do From July

Important Dates – What You Need To Know Now

The Future Of The Scheme

Making Changes To Your Claims If You Have Over-Claimed

If you’ve made an error in a CJRS claim that means you received too much money, you must pay this back to HMRC.

They’ve updated the application system so you can tell them if you have over-claimed in a previous claim – when you apply you’ll be asked if you need to reduce the amount to take account of a previous error. Your new claim amount will be reduced to reflect this. You should then keep a record of this adjustment for six years.

If you have made an error in a CJRS claim and do not plan to submit further claims, HMRC are working on a process that will allow you to let them know about your error and pay back any amounts that you have over-claimed.

Coronavirus Statutory Sick Pay Rebate Scheme: Providing an overview of the scheme, this webinar looks at who can claim, when to start paying SSP, employees you can claim for, making a claim, keeping records, and more.

Coronavirus Job Retention Scheme – How to make a claim: This guides you through making a claim, including the essential information you need, what to do before you make your claim, calculating and processing your claim.

Coronavirus (COVID-19) – Self-Employment Income Support Scheme (SEISS): This webinar covers the aim of the scheme, who can apply, how much may be claimed, applying for the scheme, what happens after applications are made, and other support available.

1st June 2020 - SSP Due If Isolating Under Test And Trace

Entitlement to SSP has been extended to people who have been told to isolate under the new Test and Trace system. So if an employee is traced under the new system and has to isolate for 14 days because they’ve been in contact with someone who has coronavirus, they are entitled to SSP.

This will be extended for those people whose trade continues to be, or is newly, adversely affected by COVID-19 (coronavirus).

Eligible self-employed people will be able to claim a second and final SEISS grant in August; this will be a taxable grant worth 70% of their average monthly trading profits for three months, paid out in a single instalment and capped at £6,570 in total.

The eligibility criteria for the second grant will be the same as for the first grant.

People do not need to have claimed the first grant to claim the second grant: for example, their business may have been adversely affected by COVID-19 (coronavirus) more recently.

Claims for the first SEISS grant, which opened on 13‌‌ May, must be made no later than 13‌‌ July.

Eligible self-employed people must make a claim before that date to receive the first SEISS grant (a taxable grant of 80% of their average monthly trading profits, paid out in a single instalment covering 3 months’ worth of profits, and capped at £7,500 in total).

It’s really important to note that as with the first SEISS grant, the eligible individual must make the claim themselves. If you attempt to make a claim on behalf of your client, this will trigger a fraud alert and will result in significant delays to payment. However, you can help to prepare your clients by ensuring they have the relevant information ready. The claims process is simple: we will calculate the amount of self-employment support individuals will receive, they don’t need to do this themselves.

More information about the second SEISS grant will be available on GOV.‌‌UK on 12‌‌ June.

The Chancellor has announced three changes to the job retention scheme:

From 1‌‌ July 2020, businesses using the scheme will have the flexibility to bring previously furloughed employees back to work part time – with the government continuing to pay 80% of wages for any of their normal hours they do not work up until the end of August.

Employers will decide the hours and shift patterns their employees will work on their return, and will be responsible for paying their wages in full while working. This means that employees can work as much or as little as the business needs, with no minimum time that they can furlough staff for.

Any working hours arrangement agreed between a business and their employee must cover at least one week and be confirmed to the employee in writing.

When claiming the CJRS grant for furloughed hours, you will need to report and claim for a minimum period of a week.

You can choose to make claims for longer periods such as on monthly or two weekly cycles if preferred.

Employers will be required to submit data on the usual hours an employee would be expected to work in a claim period and actual hours worked.

If employees are unable to return to work, or employers do not have work for them to do, they can remain on furlough and the employer can continue to claim the grant for their full hours under the existing rules.

From August, the government grant provided through the job retention scheme will be slowly tapered.

Many smaller employers have some or all of their employer NIC bills covered by the Employment Allowance so will not be significantly impacted by that part of the tapering of the government contribution.

Around a quarter of CJRS monthly claims relate to wages that are below the threshold where employer NICs and auto enrolment contributions are due, and so no employer contribution will be required for these furloughed employees in August.

It’s important to note that the scheme will close to new entrants from 30‌‌ June.

From this point onwards, employers will only be able to furlough employees that they have furloughed for a full three-week period prior to 30‌‌ June.

This means that the final date by which an employer can furlough an employee for the first time will be 10‌‌ June for the current three-week furlough period to be completed by 30‌‌ June.

Employers will have until 31‌‌ July to make any claims in respect of the period  to 30‌‌ June.